Portes du Soleil is a vast ski area that spans over France and Switzerland. Having experienced the bigger resorts of the area that are Morzine and Avoriaz, I was eager to experience the smaller French resorts of Les Gets and Chatel.

Nestled in the valley next to Morzine, Les Gets is a beautifully compact village with genuine French charm.  On one side the local slopes are shared with Morzine, and on the other is the isolated slopes of Mont Chery. Both sides can be reached by the free to ride ‘Petit train’ that travels across the short distance of the village.

Before I arrived in Les Gets, the snow conditions were bad. Luckily, I must have pleased the snow gods as it dumped it down almost as soon as I arrived and carried on snowing throughout the night. When I woke up the next morning the sun was out, and the mountains had a new fresh duvet of snow – It was going to be a powder day!

To make the most of the conditions we decided to head over to Mont Chery. A fast chair lift later we had a choice of red and black runs of mainly untracked powder. For a warm-up I hit the red a couple of times that headed straight down to Les Gets. Having said that I hardly stayed on the piste as it was so much fun snowboarding in the powder on the sides.

Dropping down the other side from the top of the chair lift was an untracked black run. Surfing the pow whilst making fresh lines on this run was the most fun I had that day. Despite the amazing snow conditions Mont Chery was mainly deserted! Where else would you have that on a powder day?

The Morzine side of the valley was busier but hardly crowded. The powder was starting to get tracked making the runs a bit choppy. This made some of the red and black runs challenging but gave a different dimension to the experience which I thoroughly enjoyed.

Halfway up on the slopes from the base station is the beginners area which is easily reached via a gondola. This is an ideal location for all the ski schools and for beginners to cut their teeth on the slopes. Learning in the mountains rather than at the bottom gives a much better and real experience and a real feel to what skiing or snowboarding is all about.

Off the slopes Les Gets is a lot quieter than Morzine but does have a couple of decent apres ski bars with live music.

For those achy muscles after a hard day on the slopes it is always good to hit the spa. Luckily for me there was a newly opened spa in the same complex as our apartment. I am not really into Spas but I did enjoy the SPA Sources du Chery. It has everything you could want for a spa but the standout feature was the sensory shower. Just set the shower to one of 5 sensory settings such as ‘tropical rainforest shower’, close your eyes and you are treated to the sensation of the rain, smells and sounds. 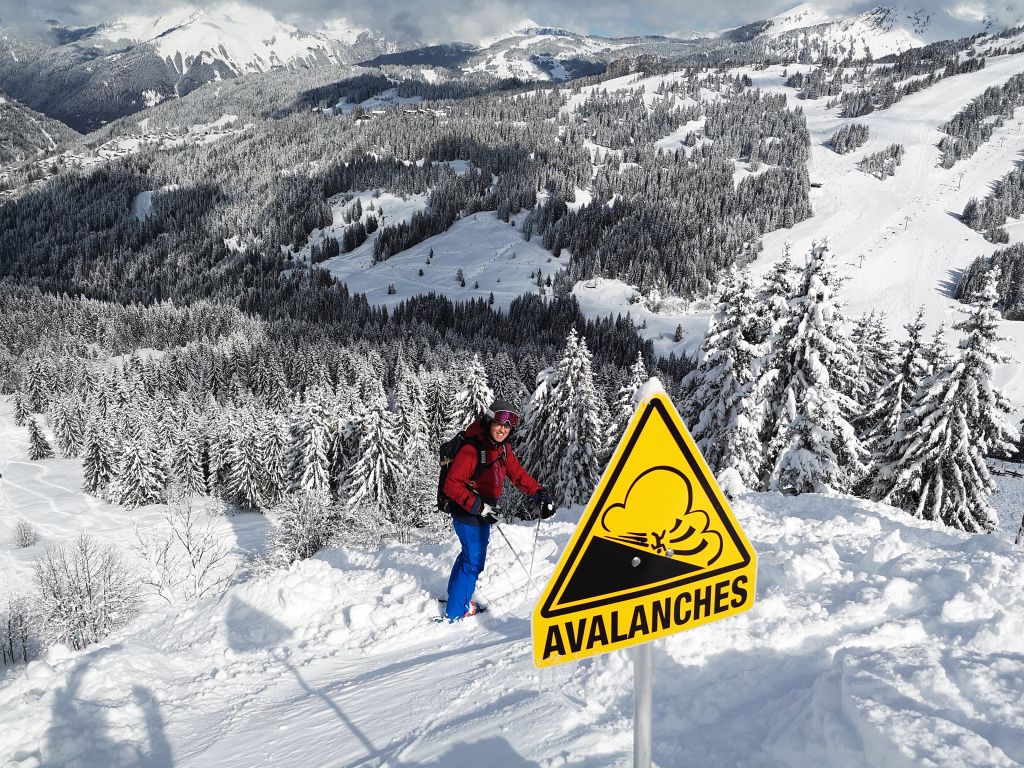 On our second day we decided to explore the Portes du Soleil ski area in greater detail. Starting from Les Gets we headed over the valleys of Morzine, Avoriaz, before dropping down into Switzerland for lunch.

We clocked up quite a lot of mileage and had to keep moving to make it over in time. From treelined cruisy blues to technical reds and blacks there was something for everyone. Although snowboarders beware as there are a few flat runs where you need to keep your speed up and make sure you have your board waxed.

Having Lunch in Switzerland was a unique experience, but vegans beware! There is a vast difference between the French and Swiss restaurants when it comes to being vegan friendly. Basically, the French, overall, have now embraced veganism but it is not even on the radar with the Swiss.

After lunch we headed back over into France and down to the resort of Chatel where we were going to stay for the next few days.

En-route I had to check out one of the many snow parks in the area. There are snowparks and boardercross runs across Portes du Soleil for all abilities. From the famous Stash park at Avoriaz, to fun runs for the little ones. The one I hit at Les Crosets had fun intermediate kickers that rolled effortlessly to one another. Followed by wide and curvy benches which were easy and great fun. 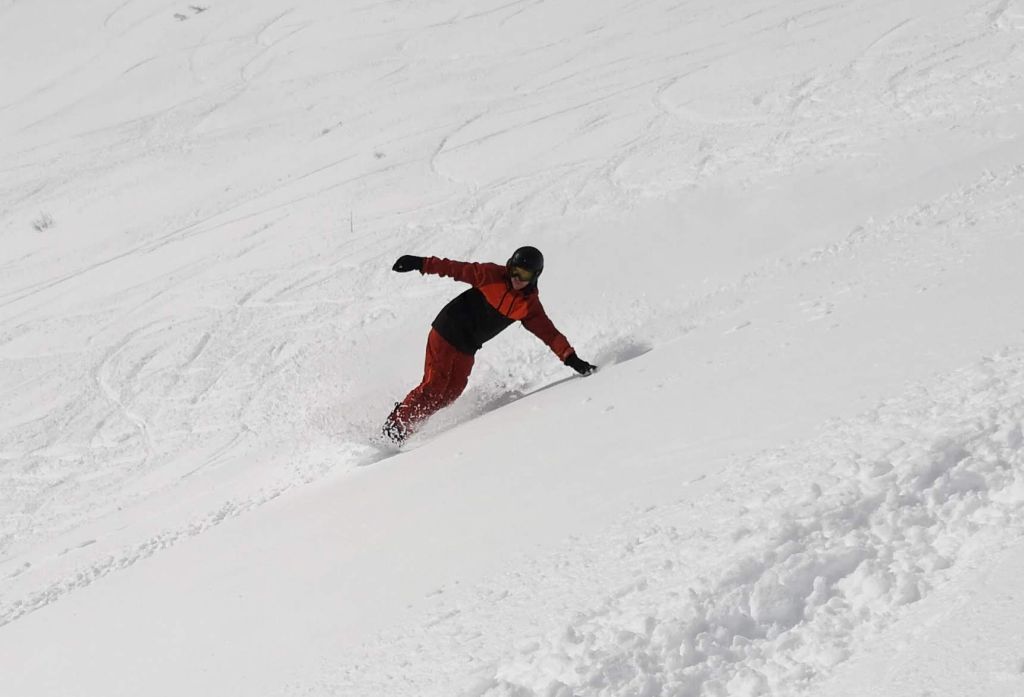 Chatel is a micro village resort on the boarder of France and Switzerland. This lovely, picturesque village that is typically French which is surprising as it on the Swiss border.

During the night we were blessed with another snow dump and by the morning the conditions were perfect. With much anticipation I met up with my guide Jerome who couldn’t wait to show me the best powder.

It didn’t take long to find it! A delightful black run on the Swiss side of the mountain with untracked and treelined powder to the side of it. Effortlessly surfing over a metre of super soft snow was easily some of the most fun hours I have ever had snowboarding!

I spent a couple of hours lapping the run via a drag lift. Most of the lifts on this side of Chatel are drag lifts, but the resort does have a new fast 6-seater ski lift that takes you up 1970m in style and comfort.

It can be argued that overall the lift infrastructure of Chatel needs upgrading and it does feel a throwback to how most of the Portes du Soleil probably was in another era. But to me this is what gives Chatel an authentic and raw charm that is somewhat lacking in most modern ski resorts. 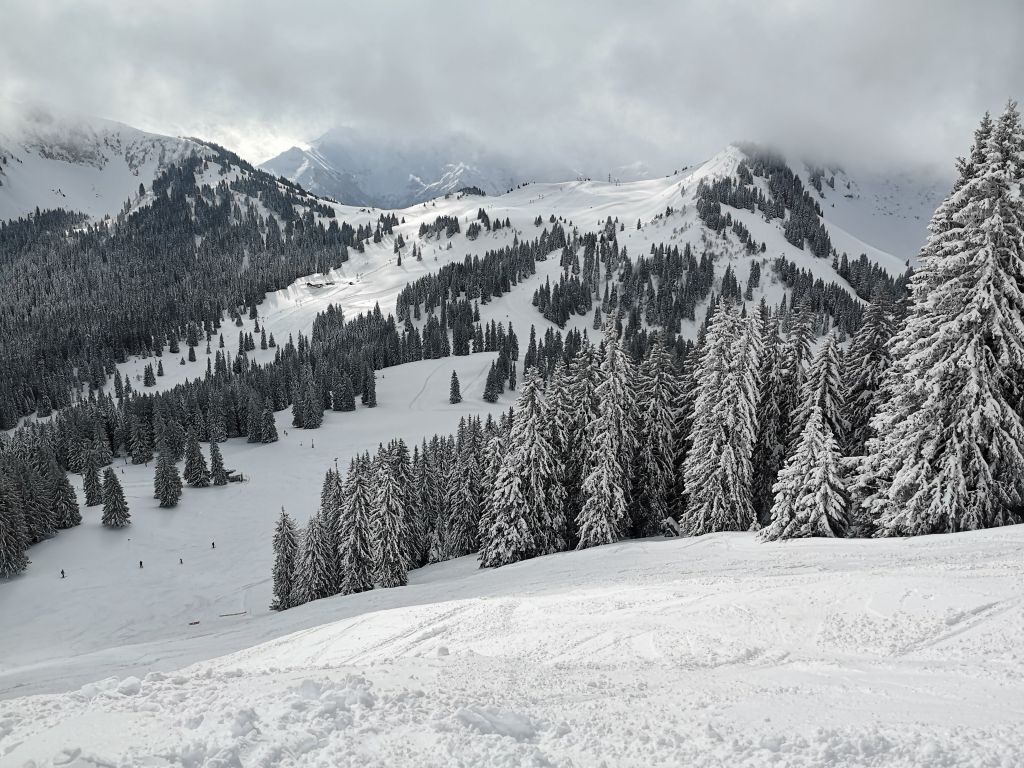 In Les Gets we were lucky enough to stay at the newly built and ultra-modern Chalet Coin Perdu. Just a short walk from the main hub and ski lifts of Les Gets, the large designer chalet was immaculate with attention to detail.

From the bar, American pool table, to the wireless entertainment hub which includes speakers throughout and a cinema screen, we had absolutely no reason the leave the chalet in the evenings.

Especially with catering company youchaletchef.com cooking our breakfasts and an evening meals.

Having said that, heading up to the mountain restaurant of La Grande Ourse in the evening is a must. Only accessible by transportation of a piste-basher, enjoy incredible 360 degrees scenery at sunset before sitting down to a feast.

The English family that run the restaurant really go out of the way to make the experience special. The menu is set but vegans and vegetarians are well looked after with delightful cuisine. 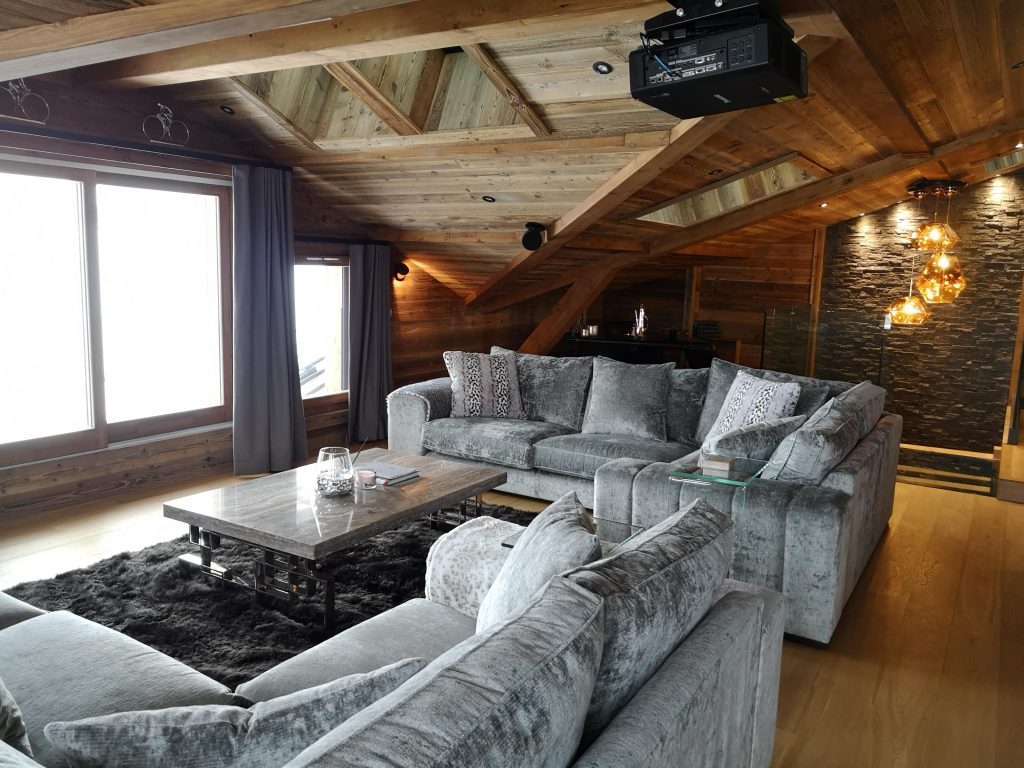 In Chatel we stayed at the four star hotel Macchi. This wonderful family run hotel just oozes character and its history is woven into the very tapestry that is Chatel.

This is typified with the Indian décor themed spa and relaxation room. Inspired by adopted Indian members of the family, it is beautifully furnished and instantly takes you to a different time and continent.

The rooms are huge! The bathroom had a large power shower over the bath which is nice and modern. The beds are very large and comfortable – what more do you want for a good nights sleep!

The hotel restaurant is large with a varied menu. Vegan options are not in abundance on the menu for the staff and chefs are very accommodating and will rustle something up on request. 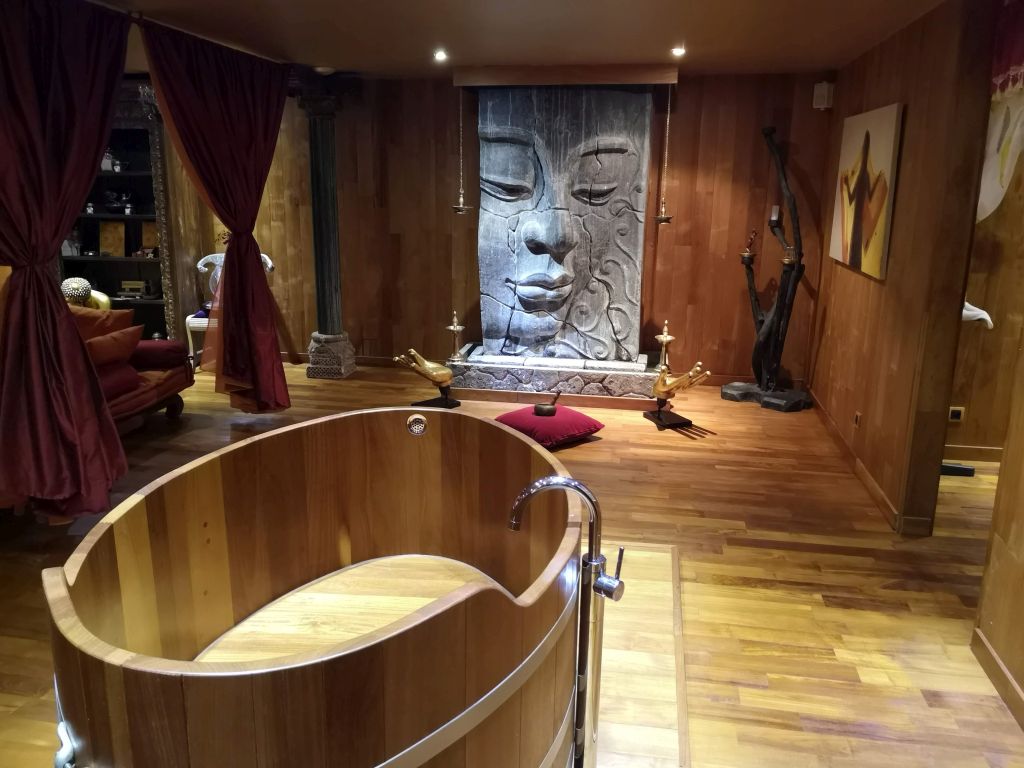 Final Thoughts of Les Gets and Chatel

Les Gets and Chatel are very different resorts. Not only to each other but also to the rest of Portes du Soleil showcasing how diversely wonderful the ski area is.

Les Gets is the little sister of Morzine. But that is not to say it is inferior as in many ways I prefer it. The village is compact with plenty of Gaelic charm and has everything you need including a couple of lively bars and decent restaurants.

The resort is also the perfect gateway to Portes du Soleil, as well as offering beautifully uncrowded slopes on the other side of the valley. This really is the best of both worlds.

On the other hand, Chatel has a rustic French feel that is unapologetically unmodernised. Beginner snowboarders may struggle with all the drag lifts, but for the experienced skiers and snowboarders this is the land of opportunity. Especially on a powder day!

RT @weathertoski: Snow has also returned to the #Pyrenees! This is the Pic du Midi de Bigorre in the #GrandTourmalet area. https://t.co/9Yh… about 19 hours ago
Repost: Ski Holiday Advice https://t.co/EPOdRs9Jlc about 3 days ago
RT: @3vallees_france: It's just 50 days until the AUDI FIS Women's Alpine Skiing World Cup comes to @courchevel… https://t.co/ETdroqXX7Q about 5 days ago
Snow.Guide @thesnowguide